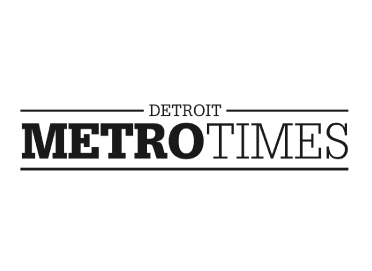 ‘Pulp Fiction’-inspired Royale With Cheese opens in the Cass Corridor

Do you know what they call a Quarter Pounder with cheese in France?

Chef/co-owner Hass Bazzy tells MT the restaurant is awaiting a few final approvals, and, in the meantime, is test running dishes. Those top out at $10, but Bazzy manages to get creative and develop one of the town’s more interesting burger menus on a budget.

For example, The Royale includes a pile of smoked brisket (Bazzy will smoke its brisket in house for at least 12 hours every day), southwest corn relish, caramelized onions, avocado, smoked gouda cheese fondue, creamy coleslaw, and a drizzle of Royale sauce. All sandwiches and burgers are served between a sweet and salty challah.

All of Royale’s menu is halal, but Bazzy still developed his take on a Cuban (The Havana), which turkey bacon, a fried egg, fries, cheese fondue, and chipotle ketchup between challah. The turkey bacon also makes an appearance in the “All Up In Your Grill” Cheese Sandwich with a fried egg inside, cheese fondue, smoked gouda fondue, and parmesan next to a roasted tomato basil soup. Bazzy refers to it as “A nice, cheesy marriage.”

Another burger Bazzy says is worth a looksee is The Kruncher. Its patty is topped with roasted green chile queso, southwest corn relish, cajun aioli, and topped with a layer of Bazzy’s favorite chips — jalapeno Krunchers.

For those not in the mood for meat, look to salads like the Beirut, a fattoush-like plate with flowering kale, toasted pita, bruschetta, Lebanese cucumbers, halloumi, and housemade fattoush dressing.

Royale isn’t far from Wayne State University’s campus and it seems like the college kids might really dig some of the menu items. The deep fried Dorito raviolis filled with jalapeno cheese and tomato fondue are another such example. And for dessert, the shakes are made with homemade custard ice cream in flavors like Fruity Pebbles, Cinnamon Toast Crunch, Cookie Butter and Nutella, and more.

The Royale With Cheese name, of course, is in reference to the Pulp Fictionscene in which Jules (Samuel L. Jackson) and Vincent Vega (John Travolta) are cruising in Jules’ Chevy Nova as Vega tells Jules about European McDonald’s. In case you don’t remember it, there’s a giant mural of the scene on the wall.

The rest of the 60-seat interior holds a midcentury modern vibe with reclaimed wood and exposed brickwork, and a 25-seat patio will open next month. Bazzy and partner/pharmacist Moe Ettaher hatched the idea for the restaurant while watching the movie as kids.

“We always wanted to open a restaurant when we were younger and he went to Wayne State .. so we said ‘Let’s open up next to Wayne State,’ and we were lucky enough to find this space,” Bazzy says.