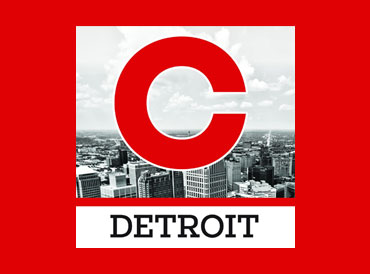 Photos: ‘Pulp Fiction’-inspired Royale with Cheese to serve up burgers in Midtown

Royale with Cheese, a burger joint with a name 20 years in the making, is set to open early next week with an eclectic menu featuring Middle Eastern and African flavors.

Chef Hass Bazzy co-owns the soon-to-open Midtown spot with Mohammad Ettaher, a childhood friend with whom he watched the movie “Pulp Fiction.” They joked about opening a restaurant called Royale with Cheese after a scene in the film in which main characters Jules and Vincent discuss what a Quarter Pounder with cheese is called in Paris.

Now Bazzy, 33, works face-to-face with a mural of Jules and Vincent by Detroit artist Jeremy Ian Harvey. It covers a wall of the restaurant at 4163 Cass Ave. across from Treat Dreams’ Midtown location. From Royale with Cheese’s patio, which Bazzy aims to open in time for summer, Wayne State University’s campus is visible.

Bazzy has worked as a chef for Grosse Ile Golf and Country Club and Delaware North, the company that services Comerica Park. He called opening a restaurant “the most challenging thing I’ve ever endured,” due to construction and permit delays. Bazzy attributes much of these delays to the frantic development boom in Midtown and Detroit’s downtown areas.

The endeavor wouldn’t have been possible without the financial support of Ettaher, who also owns Detroit-based Redford Pharmacy, Bazzy said. Bazzy declined to release figures on investment.

“Pulp Fiction” inspired the name, the mural and a few dishes. But for the overall design, Bazzy said he, Ettaher and Ettaher’s brother Omer went for more of a retro, family-friendly vibe. Artist Jeremy Ian Harvey hand-painted a Royale with Cheese logo on reclaimed barn wood provided and installed by Detroit-based Mutual Adoration, a wood furniture designer. The team’s general contractor was Ned Kobeissi of Dearborn-based Kitchen & Bath Solutions.

The halal menu will include a burger made with a falafel patty and ravioli filled with nacho cheese. On a sweeter note, Royale with Cheese will offer homemade custard milkshakes in flavors such as Fruity Pebbles, Cinnamon Toast Crunch and chocolate espresso.

The name of the place was in the works two decades ago, but the menu — Bazzy said he wrote that in about five minutes.

“The more I thought of something” the less clear it became, he said. “Thank God everything has come out perfect — in our opinion.”